Mold Inside Your Home, Condo, or Business?

Your insurance policy may cover the cost of mold removal and repair.

Free Review of your Mold Situation

This form does not create an attorney-client relationship. Situations vary. Don’t rely on this website for legal advice. By submitting this form, you are consenting to receive marketing emails from: Florida Professional Law Group, PLLC, 4600 Sheridan Street , Suite 303, Hollywood, FL, 33021, US. You can revoke your consent to receive emails at any time by using the SafeUnsubscribe® link, found at the bottom of every email. Emails are serviced by Constant Contact.

Your insurance policy may cover the cost of mold removal and repair.

Let’s look at a few examples.

One day you came home from work and noticed water coming up through your floor boards. You called a plumber who found the air conditioning unit had a leak, which only became obvious after cutting a hole in the drywall underneath the handler. Flooring was wet and damaged. In pulling up the flooring, mold was detected underneath the flooring and behind the baseboards. In this scenario, the broken AC line damage should be covered by your insurance company, and subsequent damage resulting from the event may also be covered.

Tiles from your roof were blown off by Hurricane Irma and water came in through a small opening. You tarped the roof to prevent water damage, but with a significant period of rain following the hurricane, water got under the tarp and down into the attic. You then noticed walls inside your home look unusual. Upon further investigation you find mold in the attic where the roof damage occurred and the walls look unusual due to water staining from the attic leak. In this scenario, hurricane damage may also be covered by the insurance company, and subsequent damage resulting from the event should also be covered.

Unsure if your mold is covered under your insurance policy?

If you have mold, it’s important to have it looked at right away. Mold is a living organism and will continue to grow. Not all mold is bad, but some mold is toxic and has been found to cause numerous health problems. You may even qualify for a mold test with no out of pocket expense if you have a property insurance policy. Ask us for more information. 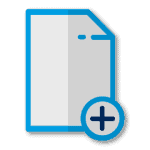 Recent property damage resulting in mold? We handle new property insurance claims from start to finish. Do you know how much money you could be losing? 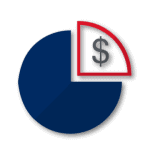 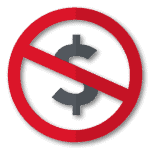 Insurance company denied your damage resulting in mold claim? Do you know how much you could be losing? Don’t let them deny your claim without contacting us.

No Fee if No Recovery 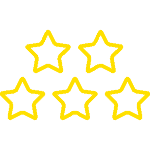 "Florida Professional Law Group was incredible. They stepped in when I was overwhelmed with a leak and having to deal with insurance; they helped me from beginning to end. Whenever there was an issue I knew I could call them and they would come right away or help me over the phone. I highly recommend them for their professional and personal attention to details."
Simone B.