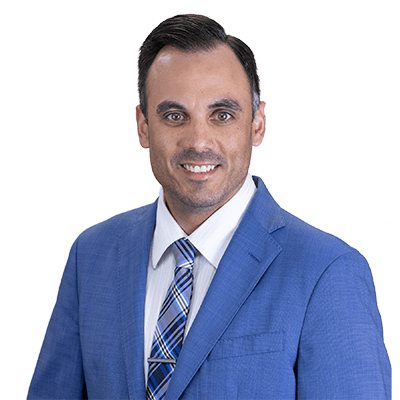 Prior to joining Florida Professional Law Group, Dustin litigated hundreds of first party property damage insurance claims. He has conducted hundreds of depositions and appeared in court frequently. At another law firm he served as Settlement Director, where he oversaw and managed the entire settlement process. Dustin also has prior experience in personal injury law.

While at Nova Southeastern University – Sheppard Broad Law Center, Dustin was a member of Tort Law Society, Toastmasters International, and conference staff of the National Institute for Trial Advocacy. During that time, he was also a pre-litigation paralegal for a personal injury law firm. His role eventually shifted to Pre-Litigation Manager and Settlement Director, where he managed plaintiffs’ pre-suit matters and negotiated hundreds of pre-litigation settlements.

Dustin is admitted to practice law in all Florida State courts. Outside of the courtroom, Dustin’s interests include traveling, golfing, community service, and wellness and nutrition.